Essays Due? Get 50% OFF on All Orders!
Avail Discount
Guide

What Does et al. Mean Do you have trouble figuring out how to use et al. in your academic paper?

There’s no need to be concerned. In no time, you’ll be quoting like a pro with the help of this handy guide.

Before we get into the specifics, it’s important to first grasp the phrase’s precise meaning. When you use the term, you’ll know exactly what you’re talking about.

The term “et al.” comes from the Latin phrase “et alia,” which means “and others.” The most prevalent usage of et al. in academic formal papers is to allude to numerous authors, editors, or other creators of a certain work.

For example, the phrase “Horowitz et al. (2013) gave a brand new theory” signifies that the research was published by Horowitz and others.

When employing “et al,” there are a couple of frequent mistakes to avoid.

There is only one method to punctuate “et al.” in writing because it is defined as Latin “et alia.” To indicate that “al” is an acronym for “alia,” add a semicolon after it.

Where appropriate, “et al.” might be promptly followed by other punctuation, but the period always comes first:

Only one period is used when “et al.” appears at the end of a sentence:

Bob et al. demonstrate that this is a time-consuming process.

In formal-style academic writings, you can use “et al.” to streamline your text by removing long lists of authors. Some peer-reviewed manuscripts, for example, may contain more than 20 authors. It would take another paragraph to name them all in your essay, but your teacher is likely to have established word limitations that you cannot surpass.

Furthermore, extended in-text citations will disrupt the flow of reading, making it difficult for your readers to understand the material. As a result, researchers have proposed limiting in-text citations and footnotes to a short signal phrase preceded by the abbreviation “et al.” Its purpose is to assist the reader in locating the work.

In-text citations should be formatted in this way, according to most citation styles. Furthermore, some of them, like MLA, demand that “et al.” be used even in reference lists. When is it appropriate to use the phrase “et al.”? This abbreviation is used in a variety of ways in citations. It can be found in the following places:

When citing a work with a significant number of authors (three or more), “et al.” is typically used. Simply write the initial author’s name, followed by “et al.” for the other people who collaborated on the cited item.

If you have three writers and have previously named two of them, you cannot use “et al.” to refer to the third one because “et al.” is a plural abbreviation.

“Et al.” is a phrase that can be abbreviated in numerous ways. Our writers have already described its common meaning of “and others,” which appears in Latin in three gender variations: masculine, feminine, and neutral. The three phrases are plural, as you can see. However, this isn’t the only Latin phrase that may be written with “et al.” There’s another phrase: “et alibi.”

Although “et alibi” is not as often used as “et alia,” it can still be found in some instances. This is a simple sentence to memorize. We’ve all heard of an alibi. It’s a phrase you’ve probably heard a lot in detective movies. It is evidence that a suspect could not have committed a certain crime because he or she was elsewhere at the time of the crime’s occurrence. “Elsewhere” is the essential word here. “Et alibi” is a simple phrase that means “and elsewhere.”

It’s frequently used to show that, in addition to the given page or paragraph, there are other instances of the cited information in a text.

Our expert paper writers specialists provide several basic examples of in-text citations in various formats to demonstrate how to use “et al.” in college papers. Let’s start with an APA citation that includes the phrase “et al.” in the sentence:

According to John et al. (2020), the results show how religion and nationality is connected to each other (p. 13).

We use the Latin abbreviation to acknowledge the work of two other authors, Tesler and Vavreck, in this example.

In a parenthetical citation, use the following “et al.” example:

The MLA style citation for the same book will have a slightly different format, but it will still include the phrase “et al.”:

The first trend, according to John et al., is the connection between religion and nationality (13).

When writing a reference list in APA style, we list all of the authors; however, MLA style necessitates the usage of “et al.”:

When citing a source in APA Style, identify both authors in the in-text citation. Cite the first author followed by “et al.” when there are three or more writers.

Let’s talk about how to use “et al.” while formatting your paper in accordance with the most recent version of APA style. When citing more than two writers or editors in the text of your work, you must use “et al.” according to this reference manual.

In-text citations, whether narrative or parenthetical, should contain the first author and include the phrase “et al.” after the first name to allude to the other contributors. Keep in mind that this is a plural abbreviation. As a result, you should only use it when you need to replace two or more names.

The use of “et al.” in the reference list is discouraged by APA. Instead, make a full list of up to 20 authors. When there are more than 20 writers in a source, list the first 19, then an ellipsis (…), and finally the last name:

Some academics and teachers have yet to adopt the most recent edition of APA style. As a result, we’ll show you how to utilise “et al.” in a narrative, expository, persuasive, or any other form of essay using the 6th edition of APA guidelines.

The rules outlined above apply to the APA manual’s 7th edition. The use of “et al.” is slightly different if you’re following the 6th edition.

To give you an example:

In MLA style, it’s also customary to use “et al.” instead of “and others.” When referencing, how do you use “et al.”? If you’re citing a book, essay, or other work written by three or more authors, add “et al.” after the last and first names of the scholar at the top of the list of authors. Consider the following scenario:

The format of an MLA in-text citation is the same. To reduce space, merely list the initial author and replace other scholars with “et al.”:

Separate “et al.” with a page number with no other punctuation.

When to Use Et Al. in Chicago Style?

If you have between one and three writers, you should mention all of them in Chicago or Turabian style. Footnotes and endnotes for sources with four to ten authors, on the other hand, must include “et al.” after the first author’s name. Your bibliography should include all of the authors sans the scholarly abbreviation that was described.

Entries in the bibliography:

If the number of authors is substantially greater than 10, only mention the first seven in the bibliographic item and replace the rest with “et al.” Consider the following scenario:

You now know how to give credit to a large number of authors without having to name them all and making your work unclear. You can use “et al.” in your paper’s text as well as in footnotes and endnotes.

It can also be used in reference lists that follow the MLA and Chicago styles. “Et al.,” like any other Latin abbreviation, has its own meaning and use. You should understand them before using unpronounceable terminology in your work, as unusual wording can hurt your grade.

If you are unsure about how to utilize scholarly abbreviations, you should consult a professional.  Our professional essay writers at YourAcademicWriter can prepare you a perfect draft once they get your write my essay request. You will be able to use it as an example for your future assignments. 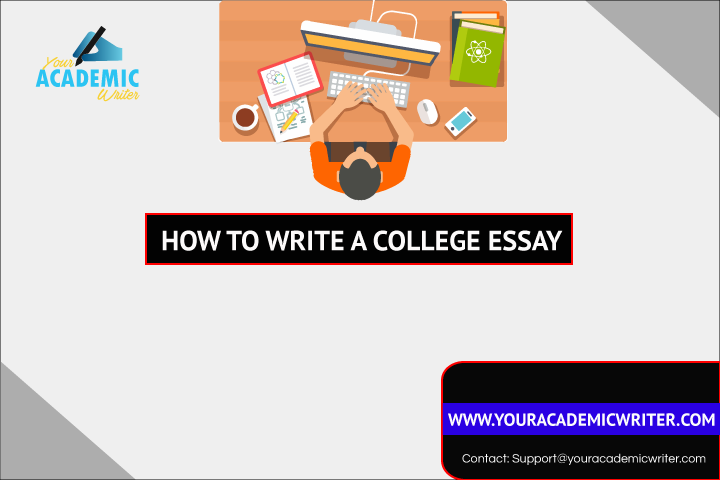 How to Write a College Essay

Need to write a college essay but don’t know how to do it? Then...
Guide 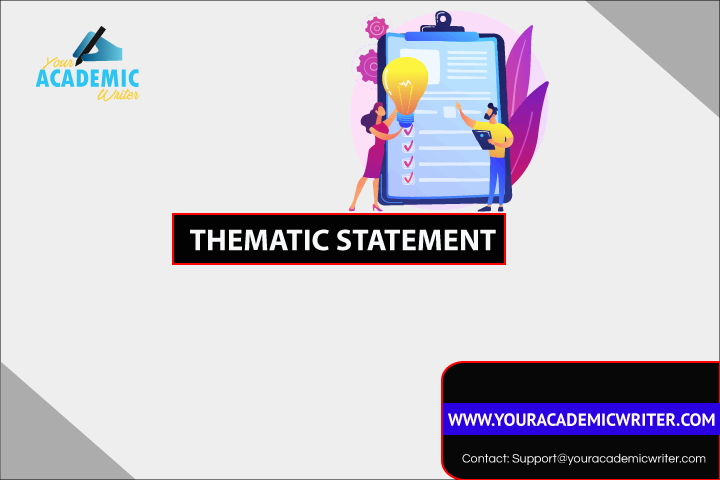 Knowing how to write a thematic statement is crucial for the students of literature...

Essay Due? That's Our Job!

Struggling with your essay? Tight Deadline? Don't worry! Our team consists of Highly qualified writers available 24/7 to help you out no matter what your deadline is.